What’s the Cause of Those Noises?

If homeowners hear a loud pounding or thumping sound from their walls, floors, or ceiling while a plumbing fixture or appliance is running or has recently been turned off, they likely have a water hammer problem. Homeowners should beware that while water hammers may initially appear to be only loud noises inside the pipes, they can cause significant damage to the plumbing if not addressed promptly by a professional.

A water hammer, also known as hydraulic shock, happens when a fluid in motion is abruptly forced to a halt or changes direction. Due to incompressibility, it happens mostly with liquids such as water, although it may also occur in gases. An abrupt change in fluid momentum, often caused by a shutting valve, creates a pressure surge that sends sound waves back and forth across the pipe network.

Another potential reason for water hammering is that the pipe has been blocked with rust or lime due to age and corrosion. A water hammer is characterized by a pounding sound that may be repeated several times before the pressure decreases. The pressure surge can often be the piping system’s working pressure limit, causing possible damage.

Why Should Homeowners Care? 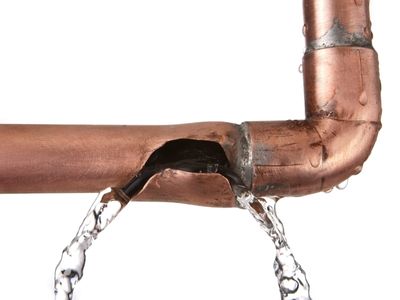 Water hammer can be a major issue that causes corrosion and damage to pipes, valves, and fittings, leaks, and burst pipes. Modern plumbing systems are built with air chambers to reduce damage caused by water hammering. These air chambers can get wet, limiting their capacity to avoid water hammer effects. This is why water hammers sometimes form unexpectedly in pipelines that have been working without them.

Depending on the age and quality of the pipes’ installation, a sudden pause of flowing water may cause pipes to vibrate. Pipes should be adequately secured to the joists; otherwise, the water hammer jolt might force them to slam into the walls. The frequent striking will not only cause damage to the pipes but may also harm the wall’s structure.

The presence of air bubbles in the pipes is one of the reasons for water hammer. When the water starts or stops flowing, the bubbles prefer to congregate near 90-degree joints and shift position. Homeowners may be able to stop water hammering if it’s due to flooded air chambers by purging the air from their pipes.

First, turn off the water main, then turn on all of the faucets in the home, beginning on the top level and working down. To drain the tanks, flush all of the toilets. Wait around 30 minutes before turning the water main back on and allowing water to flow from all faucets for 5 to 10 minutes.

Professionals can fix water hammers by installing a water hammer arrestor to absorb shock waves in the pipes. Water hammer can also be caused by mineral buildup and worn washers on the faucets. If the problems are near a specific faucet, professionals can dismantle it and replace all gaskets and rings. They can also remove the valve and soak it overnight in vinegar to remove scale and hard water deposits.

JR Putman Plumbing is a family-owned and operated company serving Rancho Cordova, CA, and the surrounding areas since 1981. They offer same-day service, financing, and live answers 24/7. Call them today for plumbing services in Rancho Cordova, CA.

"Ben was extremely personable, knowledgeable, and explained things clearly to us! Great communication with your dispatcher!! We will welcome back Ben in the Spring of 2022. Our Yorkie loved Ben!!"

"I had two excellent repairmen come out, Javier and Nick. They were both excellent, friendly, and very helpful."

More than 30 Years of Service!

Our family has been serving the Sacramento area for over three decades now. There’s no one that knows the plumbing needs of this city more than JR Putman Plumbing!

We treat our customers like our family, so we take extra care to make sure all JR Putman Plumbing technicians are thoroughly background checked before sending them out on jobs.

Plumbing services not in your monthly budget right now? Don’t sweat it! We offer financing through GreenSky to help you get the services you need when you need them.

No one wants to deal with a plumbing issue for longer than they need to! That’s why we schedule same-day service to make sure your home is taken care of ASAP!